Mark your calendars, netizens and kumuzens! On January 30, 2021, the first kumu Livestreaming Awards will officially be livestreamed on the kumu app, 8 PM to 9:30 PM. Viewers can tune in at the @kla2020 account, and be there virtually as it goes live. The awards show will be hosted by Kumunity-favorite personalities, KC Montero and Robi Domingo. 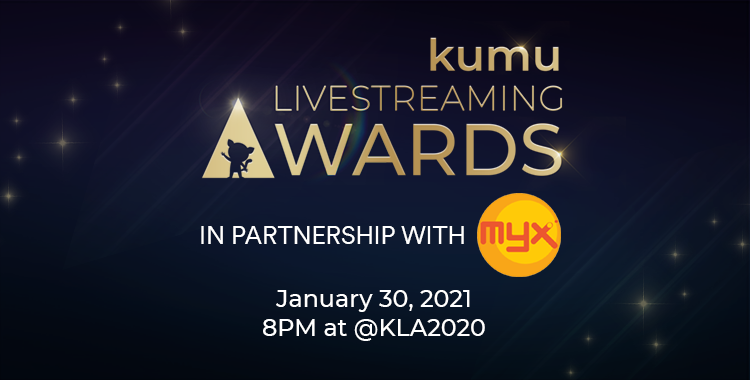 Excitement and anticipation has been building up for weeks, beginning with kumu’s call for nominations back in December 2020. Then, early in January, the awards committee pushed through with a call for online voting for the final nominees. The final results will be revealed at the kumu Livestreaming Awards show.

As an awards show, the kumu Livestreaming Awards is equal parts viewers’ choice and committee vote to honor the up-and-coming livestream talents. Viewers can expect an exciting mix of celebrities, influencers and popular streamers mingling with the Kumunity; it’s a whole evening of chats, streamed performances, and of course, lot’s of kumu talent.

The categories and awards covered for the night include the following:

The kumu Awards for Music honors artists and talents with exemplary performance and acts in different genres.

Best in Campaigns and Missions

The Kumunity Awards for Campaigns and Missions are given to Kumu power users with exceptional use of the app in the most impactful manner.

The Kumunity Awards for Gameshows are given to extraordinary Kumu gameshow creators and players. 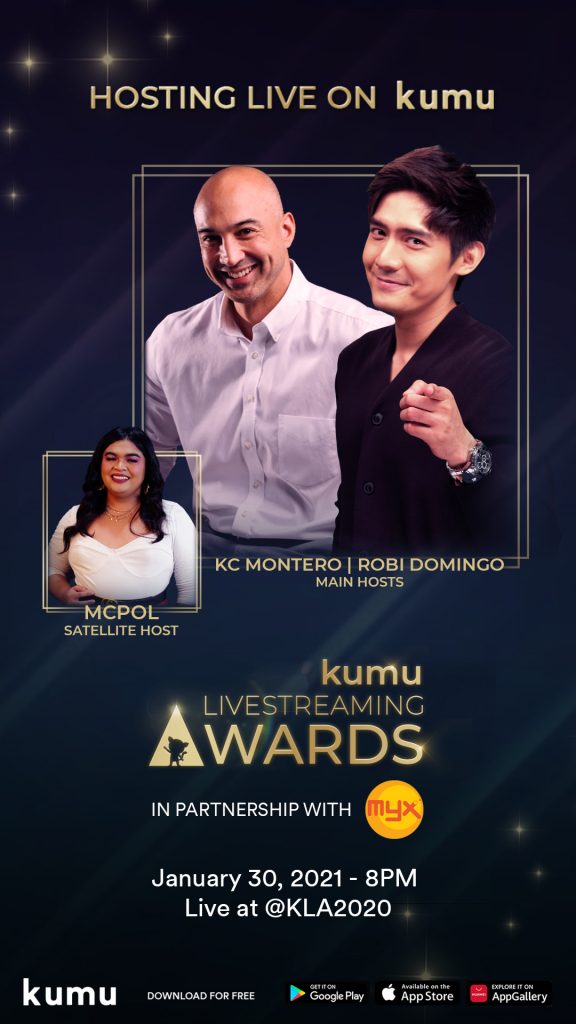 The Kumunity Awards for Performing Teams are given to most notable teams in the kumu app.

The Kumunity Awards for Streams are given to outstanding Kumu livestreamers and talent in the different genres.

The Kumunity Awards for memorable personalities, and incredible achievements within the kumu app.

It’s an award show like you’ve never seen before, where attendees, nominees and Kumunity come together for a live gathering! Interested viewers can further enjoy the kumu Livestreaming Awards experience by also joining the pre-show “Meet The Nominees” event on January 29, 7PM at the @kumununitystage kumu account; plus, the kumu Livestreaming Awards “After Party” on January 30, 10PM at the @kumunitystage kumu account. Excited ka na ba? Tara na sa kumu!

You can also follow @kumuph on Instagram, Facebook and Twitter to keep up to date with all the latest events, and surprises from your favorite Pinoy livestreaming platform. Check back here at the kumu blog for more interesting insights into the Kumunity.