“Everyone Can Work With Data”: Inside kumu’s Culture Of Data With Empathy

When people hear about tech companies and data, a myriad of codes, numbers mixed with special effects usually pop first into mind. It’s too confusing, maybe even futuristic for some. And yet, for all its number-driven façade, the business and motivations for them are surprisingly human… maybe even artful. Or at least, that’s how kumu works with data, thanks to the company’s forward-thinking Business Intelligence (BI) team, led by Jay Caluag. 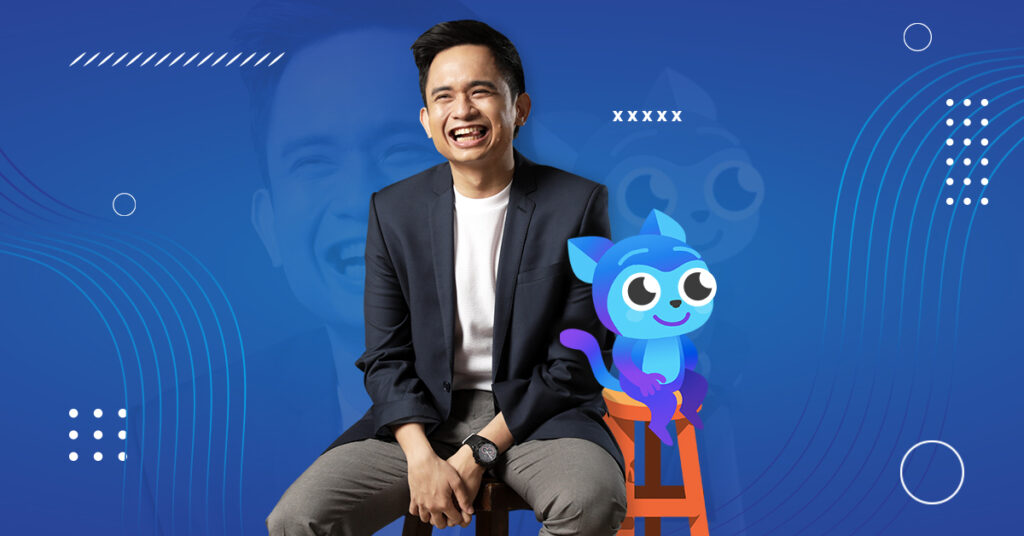 “In general, I would always argue to people that everyone can work with data.”, says Jay, who actively encourages all kumu employees (not just the BI team) to make decisions using data. It’s not as scary as people would think, he says. In fact, Jay makes an even bolder claim, “Everyone can be an analyst. Why? [Because] the true, core skill for an analyst, or someone who works in data is not really the technical skills, but the ‘soft skills’.”

Of course, that’s not to say data is not a refined science, after all its fundamentals are numbers in coded language, patterns and computer commands. But, as Jay argues, a data analyst’s craft is equally, if not more, about the human aspects of data. He clarifies further, “I always believe that analysts should first and foremost be logical. But at the same time, they must create that empathy, the art of communication to their stakeholders. Technical skills are a requirement. But soft skills are the clincher.”

Jay has often described data analysis as a “mix of art and science,” and one can fairly argue that applies to the whole tech industry in itself. When we look back at the late Steve Jobs, his legacy is often recalled through his design philosophies, his prowess for interweaving creativity and entrepreneurship; we don’t simply remember him as the mastermind behind Apple phones and gadgets. Logic and science create the solutions, but the answers we buy into often relate to human emotions.

More often than not, the business of kumu is the same. At its most mundane, it is a livestreaming platform; in its grand vision, it seeks to be a Disneyland-like powerhouse of an online community—affectionately dubbed as the Kumunity. Even within kumu and its partners, the need to humanize data and metrics can impact business decisions, something Jay has quite the knack for. It’s not unusual for Jay to be called in during investor meetings and funding campaigns, mainly because of his ability to communicate what human element is behind the numbers.

Everyone is a stakeholder in data

“I’ve realized that as you go up the ladder [in analytical positions], it becomes less and less technical.”, Jay says. He argues, that although numbers and “hard skills” are the base requirement, the trajectory of the career itself is more geared towards communicating the logic to others. “By the time you get into a data-driven start-up like kumu, you’d have an understanding of how data works. Then, having empathy and clear communication to stakeholders will help rally everyone else to the same direction.”

By “stakeholders”, Jay means everyone in kumu, not just the business partners and investors. Because in the grand scheme of a tech start-up, everyone needs to believe and understand the core messages of the data presented; and from it, set their sights on the next plan of action. “As the business intelligence team, it’s our task to tell people what’s actually happening, and what’s not,” Jay explains. The facts must be presented, but the different experiences and perspectives of kumu’s many departments can ultimately paint the bigger picture, and eventually, provide a holistic solution.

Jay’s vision for empathic data analysis stretches far beyond his business intelligence department, encompassing the entire kumu workforce from leadership, down to the bright new talents coming in. His long term vision, as he describes it, is to have everyone in kumu to “speak the same language” when it comes to analyzing data. That is to say, whatever background or department you are from, you could automatically understand the implications of the stats, metrics and ultimately how kumu teams can work together towards a goal.

An ecosystem of empathy

Given that kumu itself is a company with diverse backgrounds, from local to international, from traditional arts and entertainment, to science and business backgrounds, this “ecosystem of empathy” is no easy feat. Yet, as Jay would say to skeptics, kumu loves a challenge. “I’m starting to really push people to ask questions, to challenge what I’m saying.”, he laughs, but the experience is genuine. From a business intelligence perspective, a healthy back-and-forth in accountability proves that kumu employees truly have their stakes in the company. “I love that. It means that you actually care for what I’m producing, and what you’ll be producing from that.”

Understandably, newcomers into tech and kumu will be very daunted by the idea of working around data. But, with a little time and encouragement, the leaders within kumu hope to at least inspire more professionals to see the value of data in today’s businesses. “So, what’s stopping you from trying to work data?” challenges Jay, again emphasizing it’s not as difficult as people have been led to think. After all, data is a reflection—albeit a quantifiably accurate reflection—of people’s behavior. When analyzed right, with teams and players in understanding, it empowers greater possibility.

If you want to read more about the world of kumu, check out the kumu blog for more inspiring perspectives, the latest Kummunity news and updates.