“The Heart of kumu”: Eula Claire Ponte, VP of Kumunity Operations, on Growing Together With Your Company

“I took the road less taken.”, says Eula Claire Ponte (@alueclaire), recalling that fateful decision she made to join kumu, a then unknown company barely past its first year of operation. She elaborates on the situation, one that we’re all too familiar with: It’s early 2019, and she’s about to graduate university—a Chemical Engineering student, too. So why, her parents demanded, ‘Why would you choose to work at a start-up?’ 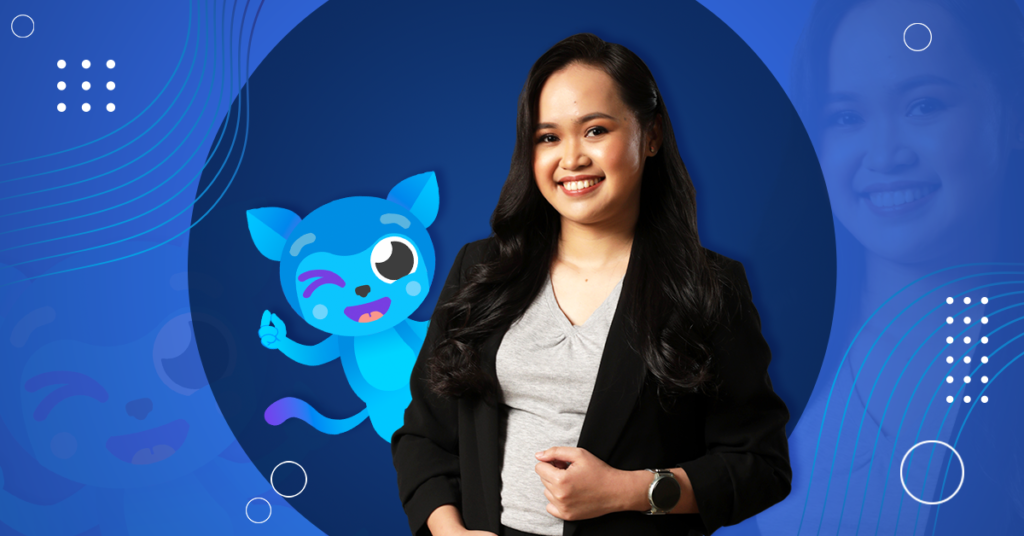 At first, it was tough to convince her family; and in many ways, it was unusual of her to choose a path not aligned to her degree. “But, I enjoyed it here [in kumu]”, says Eula, “and it’s so rare to find a job you’re passionate about.” Of course, it’s not all feelings; Eula saw the opportunity for growth, both for herself and kumu. They both just needed time.

When it comes to leading a team, growth is one of the most important aspects to nurture within your ecosystem. Without growth, people will be stuck in an endless loop, retained in the old traditional ways that reap the same results, restrained from finding innovations. But still, who would have thought growth would happen so fast? Who would have thought that in just 3 years time, kumu would go from an unknown start-up, to the #1 Pinoy livestreaming app? And, who would have predicted that Eula, who started as a college volunteer in kumu, would rise to the ranks as VP of Kumunity Operations?

It’s a career trajectory as wild as the tech industry we’re grappling with today, one that calls in a new kind of leadership. She may be one of the youngest leaders in kumu, but Eula doesn’t fail to deliver. It is proved by the gravity of her position, overseeing the activities of the Kumunity, the “heart of kumu”—one of the oldest, and most unique departments in the company.

“In the Kumunity, we usually tackle the day-to-day operations. That covers customer service, moderation, engagement, the regional consulates we have, the entertainment, the kstage radio, and the kumunity stage itself; plus, the non-featured campaigns, the official teams, organic talents and also community growth,” she elaborates in one single breath. These may seem a lot for one person to handle, but they’re able to harmoniously operate, thanks to her effective leadership and the hard work of her team.

Composed of mostly power-users within the kumu app, Eula witnessed how Kumunity rose from its humble beginnings, to the creative hub it is today. She knows this herself, too, having been part of the growth. For her, it started out of curiosity, when an org’ mate in college recommended her to check out kumu, from that came an unexpected opportunity for her. In the years to come, there will be more trailblazers like Eula, who come to the app out of curiosity, and eventually establish their place in the Kumunity.

From streamer to leader

“I started as a kumu user in 2018,” Eula proudly shares; that was also kumu’s founding year. As a senior student in the Mindanao State University Main Campus in Marawi City, discovering kumu was a wonderful twist in her life. She began joining quiz shows, and eventually tried out livestreaming.

During one of her streams, it might have been fate that led founders Roland Ros and Angelo Mendez to her stream. “I actually have no idea who they were at first. They were actually doing the pizza party after ‘Quiz Mo ‘Ko.’” Eula recalls, laughing at the memory. “That was the first time I encountered them on my livestream.”

Within the small, but fast growing Kumunity, Eula found a place where she can be herself and feel welcomed. She’s very active, even sending good morning messages to the kumu group chats; she also regularly hangs out with people with a similar passion for the app. Despite the pressure of the final bits of university requirements, it’s most likely her calling that prevailed. “kumu has been my breather that time,” she points out.

As Eula became even more comfortable in her digital playground, James Rumohr, Chief of Staff in kumu, contacted her to ask if she’s interested in becoming one of kumu’s volunteers. She need not think twice, and accepted the opportunity right away. During her role as a volunteer moderator, this is where she started learning the ropes of the Kumunity. To this day, Eula considers this stint as her proudest career milestone, the moment that started it all.

“That’s the basics in the Kumunity. That’s where I, and most of our leaders in the Kumunity, started everything as well. If I didn’t volunteer for that, I wouldn’t be here,” she muses. As soon as she graduated, she knew in her heart that this was the path for her.

So instead of preparing for the next board exams, Eula happily continued her venture with the company. From volunteer moderator, she went on to handle customer service; in the next year, she was a director in Kumunity, and finally today she is the VP of Kumunity Operations. Eula reminisces every step of the way, “I really started from the bottom. I did almost all of the things [Kumunity staff] did.”

A belief in succeeding together

But before she reached her current position, Eula had gone through unimaginable circumstances, one that shaped her into who she is today: Living through the Marawi Siege of 2017, a five-month long battle between the Philippine army, and the Islamic State of Iraq and the Levant (ISIL).

She still vividly remembers the hardships she went through—from the creepy air surrounding the city, to the anxiety of uncertainty. Yet, instead of focusing on fear, Eula was motivated in gathering people together. She learned values such as resilience, adaptability, and respect coming out from the crisis.

“That helped me to communicate more with our fellow Muslims and other ethnic groups in the area, to understand unity and respect. Mutual respect with no egos, and everyone should be treated as a peer. Kasi at the end of the day, the only one na makakatulong sa atin is tayo-tayo lang din,” Eula states. She adds that positivity helped them through a horrible crisis like that, and this optimistic mindset she brought along to kumu as well.

All these things keep her on her toes as a leader in the company. Describing her style as amiable, Eula finds courage in her people to achieve greater things. “I support everyone, and I let their voices be heard. I may not be the vocal one, but I always make sure to know my members’ perspective first,” Eula relates.

She takes on the role of the observer, understanding what works and what doesn’t in her team. She nurtures everyone’s willingness to step up, and move forward with the tasks at hand. And finally, Eula always, always reminds people that, at the end of the day, they’re in the same team, with similar wants and goals in the company.

Eula certainly is a big inspiration to all, both within and outside the Kumunity. When asked for her advice to future leaders, she shares her simple yet practical beliefs on what it really means to grow into leadership.

“Just keep going.”, she says, despite the many hindrances that might be presented, just keep going with what you can control, which is yourself and your team. “Keep in mind to succeed together, not just alone. Think about succeeding together in the journey, making sure it’s not just about you, but also about others as well.”