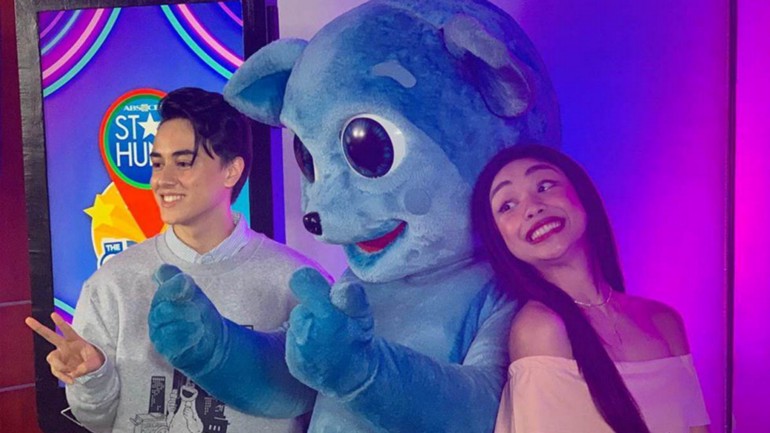 MANILA, PHILIPPINES, November 8, 2019 — ABS-CBN’s grand audition program with TFC, “Star Hunt,” kicks off its first global singing search on Kumu, the fastest growing social media app in the Philippines and a powerful livestream platform that prioritizes the voices of over 100 million Filipinos around the world.

Called “Star Hunt: The Global Showdown,” the search is hosted by multimedia stars Maymay Entrata and Edward Barber. It premiered on Wednesday (November 6) at 7 PM (Manila time). Eliminations and major contest events will stream live every Wednesday evening (MNL time) on the Star Hunt channel on Kumu until its grand finals in December. There will also be live shows for the rest of the week, with former “Pinoy Big Brother Otso” housemate Kiara Takahashi providing updates and online guestings of the contestants.

For the first challenge, the top 25 Star Dreamers will have to sing a song that they dedicate to Kapamilyas abroad and songs that make them happy. They will be given two weeks to rally for votes, and the first ten Stars Dreamers to be eliminated will be announced live on the Star Hunt channel on Kumu on November 20.

Big prizes and opportunities await the winner as he or she will win a management contract with “Star Hunt,” a recording contract with ABS-CBN Music, and $10,000.

Follow the journeys of the Star Dreamers in “Star Hunt: The Global Showdown,” where the biggest dreams begin with the smallest screens on the Kumu app. It streams live daily on the Star Hunt channel on the app. For updates, like facebook.com/starhuntabscbn and follow @starhuntabscbn on Twitter and Instagram.

ABS-CBN Corporation is the Philippines’ leading media and entertainment organization. The Company is primarily involved in television and radio broadcasting, as well as in the production of television and radio programming for domestic and international audiences and other related businesses. ABS-CBN produces a wide variety of engaging world-class entertainment programs in multiple genres and balanced, credible news programs that are aired on free-to-air television. The company is also one of the leading radio broadcasters, operating eighteen radio stations throughout the key cities of the Philippines. ABS-CBN provides news and entertainment programming for eight channels on cable TV and operates the country’s largest cable TV service provider. The Company also owns the leading cinema and music production and distribution outfits in the country. It brings its content to worldwide audiences via cable, satellite, online and mobile. In addition, ABS-CBN has business interests in merchandising and licensing, mobile and online multimedia services, glossy magazine publishing, video and audio post production, overseas telecommunication services, money remittance, cargo forwarding, TV shopping services, theme park development and management, property management and food and restaurant services, and cinema management, all of which complement and enhance the Company’s strength in content production and distribution. The Company is also the first TV network in the country to broadcast in digital. In 2015, it commercially rolled out its digital TV box, ABS-CBN TVplus, to prepare for the country’s switch to digital TV.