Love online is a concept that’s not unheard of. There are already many dating apps right now which, through complex algorithms, match potential couples and hope sparks fly. We’ve certainly seen numerous movies staging their plots online then making their way to happy ever after conclusions. But what really tug at our heartstrings are those love stories that happen with a stroke of serendipity and a dash of fate. Never did anyone think that in barely a year before its launch, social media app KUMU will serve as the aisle that leads two wandering souls into each other’s arms in marriage.

Meet KUMU users @chachaaa and @jabeeee who through a little help from the Kumunity, met online and now shares a life together as husband and wife. But their love story is no ordinary ‘boy-meets-girl online’ scenario. It’s one where both found healing, met new people, a family, and eventually the right one on a journey were KUMU and its users played a big role in. 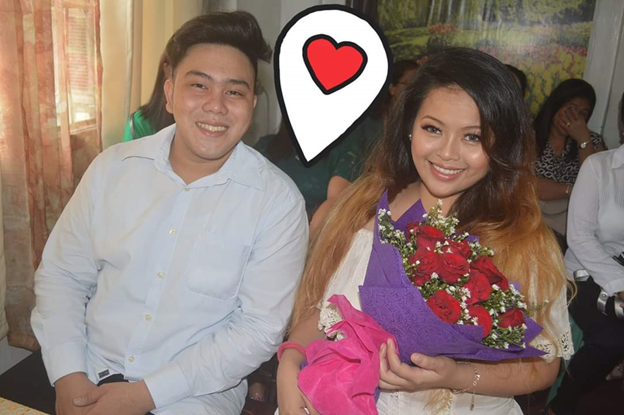 @chachaaa is your ordinary girl, a busy bee who started using the app in November last year out of curiosity and her love for livestreaming. Like many users, @chachaaa instantly connected with KUMUnizens and felt a belongingness that she has yet to find in other social media platforms.

By the start of the year, she had made numerous friends who were always on “tambay” mode whenever she does her livestreams. “Whenever I’m streaming, they’re always there to share stories, make kulitan, and talk about anything under the sun,” she shares. “They eventually invited me to part of the 1st family on Kumu, Team Shingewr, and without second thoughts, I said yes. I met everyone from the team, had a lot of fun on our “virtual friendship”, and on-stream bonding,” she shares. Little did @chachaaa know that a day after Valentine’s Day that year, will hold for her a heart-shattering surprise.

@jabeeee is a casual KUMU user who checks out livestreams for entertainment. He is also very fond of The Art of Chill, a production studio that inspires and empowers businesses and creatives to produce innovative, competitive and quality content. The studio naturally crosses paths with KUMU’s many campaigns. @jabeee is what many of his friends may call as the shy type, though the mobile app somehow brought him out of his shell and into the Kumunity. Soon, he chances upon a livestream where the topic steered its way to The Art of Chill. He begins asking questions about the production outfit’s team as he had friends there and soon enough, he was onboard nightly catching this livestreamer on KUMU. The timing was perfect as @jabeeee had recently experienced some rough times in life particularly how he and his former girlfriend had just broken up on February 15 that year. Understandably, he gets excited when the livestreamer he has been following agreed to visit The Art of Chill studios with him.

Having an anxiety disorder is hard enough for @chachaaa and when her former boyfriend broke up with her a day after Valentine’s Day, even the best of us will either recoil into solitude or run towards the nearest shoulder to cry on. For @chachaaa, KUMU provided the second option. “I was devastated, heartbroken and lost. I didn’t give much thought on how I will look like on-screen but all I knew then was that I was crying so hard and sharing my pain to my KUMU friends, exchanging opinions with them and they were there for me to help me recover from that heartbreak,” she shares.

However, that heartbreak gave @chachaaa more breaks than she could ever imagine. She got the chance to do more of her livestreaming activities on KUMU which opened up opportunities to meet new friends, and more importantly, gave her a diversion from her anxieties and the illnesses they entails. “My KUMU friends taught me what happiness means and having them around to talk to whenever I’m breaking down makes it easier for me to share the things I feel,” she adds.

Her family on KUMU grew and soon enough, activities such as Eyeball Meets and KUMU campaigns were on the table for Team Shingewr. “We had given away P15,000 for all the love and support that we had during the campaign, and I was also able to do some hosting on one of the gameshows, May Tama Ka where I met the men behind The Art of Chill studio,” she shares.

The Art of Chill is also the topic that @chachaaaa was talking about on a livestream which paved the way for one of her “lurkers” (the term that she uses for a person who just watches the stream but doesn’t comment at all), to speak up and start a conversation. A conversation that will prove to be the beginning of many. 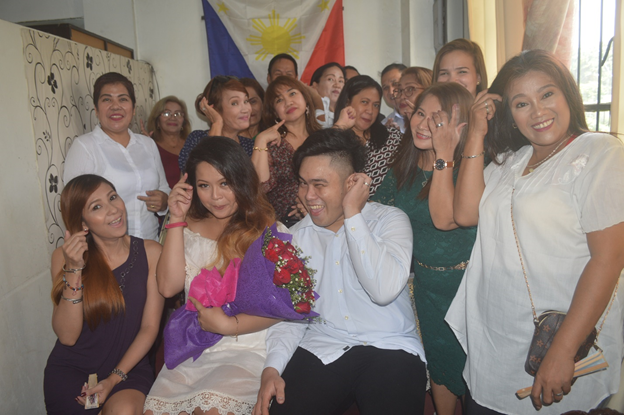 Soon, @chachaaa and @jabeeee had began talking online nightly, and on March 3 they both visited The Art of Chill studios. “Since rumors have been circulating around the app that @jabeeee and I are actually dating, we pretended to be an item. We continued to pretend until one night we decided to have a heart to heart talk,” @chachaaa shares.

And as good as anyone’s guess, the pretenders had nothing to pretend about anymore. The now couple went together in Eyeball Meets and dates, with @jabeee braving the Metro Manila traffic for over an hour daily just to visit @chachaaa at home. “That goes on for three consecutive days and I had been kind of demanding to him (he’s such a sweetheart for real) because I always wanted to see him,” she blushingly explains.

The couples’ relationship was later tested when @jabeee’s grandmother had to be hospitalized and had to be put on life support. Sadly, his grandmother passed away after 48 hours. @chachaaaa then had to adjust her work schedule just to be able to be by @jabeee’s side during the trying time. This was also the time that she had the chance to meet his family. “It all started from that day,” she shares. “I was literally staying at their place. I was still going to work then I return to their house everyday until the interment. When I went home, his mom would always go ask my whereabouts and I’d tell her that I’ll be back,” she adds.

After a few more months of dating, @jabeee’s mom had one advice to give the couple. “His mom asked me if we already had plans on getting married. I didn’t really know how to answer her question and I was like, ‘Isn’t it too early?’” @jabeee’s mom responded “You’ll end up getting married anyway. Do it the soonest.”

As soon as the words of the wise sank in, the couple began talking about the future. “People were quite confused because it was too fast, but yes… we thought about it millions of times because we know that it is not really easy and we cannot just say “we’re done” once were fed up,” she says. “We did seek advice from the elderly, we talked about it, we assured each other that we are ready for this,” she adds.

@chachaaa and @jabeee got married on September 27, his birthday, with the overflowing love and support of family and their KUMU friends. 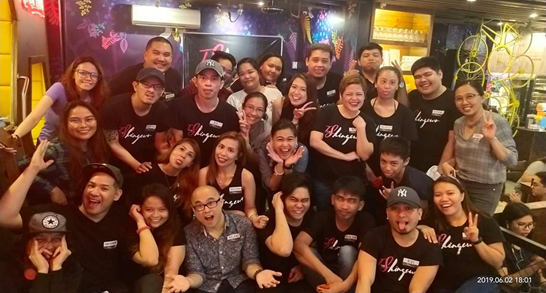 It’s not that really hard to believe that the couple’s inspiring love story was born out of KUMU. The mobile app is the perfect platform to meet genuine people who mostly shares the same interests, viewpoints, and goals in life. It is where Kumunities learn to support each other and where anyone, even the shy @jabeeee or the anxiety-riddled @chachaaaa can be themselves and find something far greater than the usually ephemeral satisfaction most of us get from other social media apps. Their love story took exactly 180 days and ended in marriage. That same number serves as the angels’ reminder that the blessing that we have long been seeking for is on its way. Today, @chachaaa and @jabeeee’s blessing can only multiply a hundredfold as time passes. All thanks to that serendipitous online magic that KUMU brings.

KUMU is the Philippines’ fastest-growing social media app that connects Filipinos from all over the world, providing users with a safe space and genuine Kumunities that foster support and prioritizes their voices through content and engagement.

To learn more about KUMU’s audio streaming feature, download the app via Google Play or the App Store for free.