#KumuStories: All the (digital) world’s a stage Singer and Theater Actress brings talent online, earned 32k on a single livestream 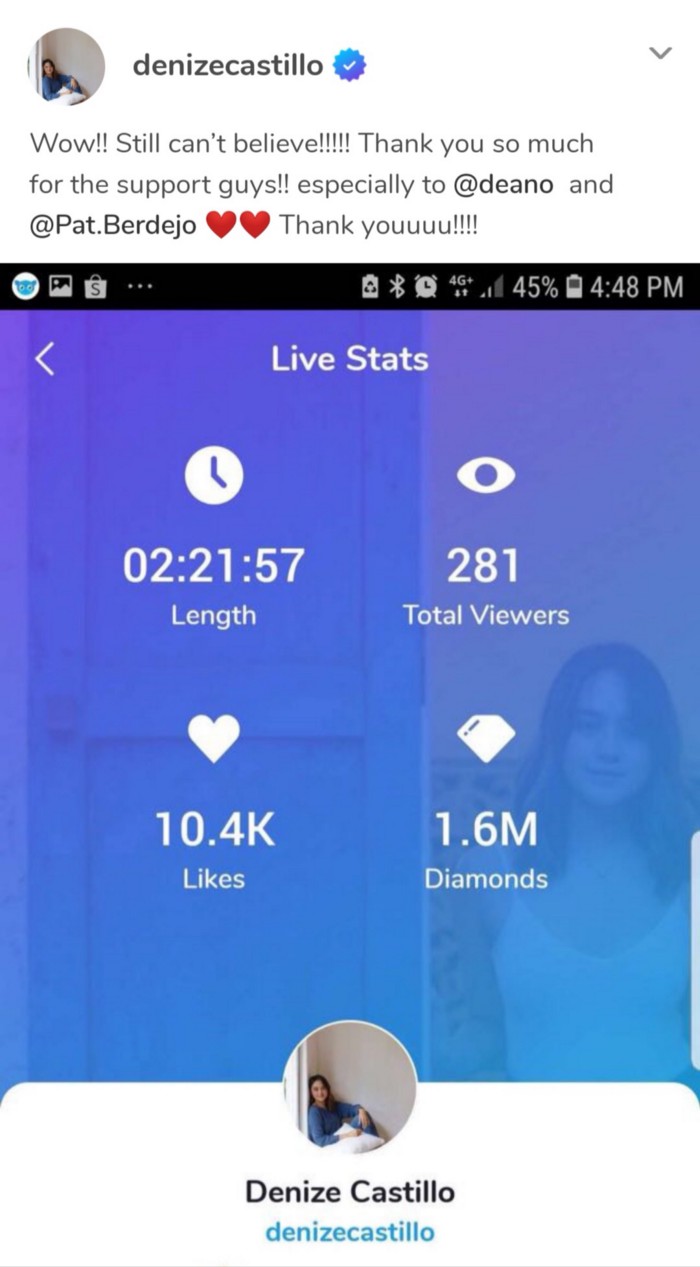 Do you ever wish you could earn good money doing that something you really love? Even as many chose to trudge the beaten path of regular employment, this 21-year old theater graduate simply kept doing what she loves most: performing. Live. Online. And something she is finding to be rewarding in many many respects, including being literally rewarded.

Denize Castillo, an alumna of UP Diliman, actively performs for her fans on Filipino livestreaming app and content platform Kumu. Naturally, her being a theater actress, singer, and performer gives her an edge on the types of content she streams on the site.

“I consider myself a music and lifestyle streamer,” Denize says about her livestreaming career, “basically, my streams revolve around music wherein I get to sing for the audience most of the time, especially if they have song requests. And at time when I don’t sing, I usually talk about love, life, and honestly? Everything and anything!”

Denize discovered Kumu through friends who are already active content creators in the app, and via a promotional billboard along EDSA that featured Quiz Mo Ko host KC Montero. She started streaming just last February but she’s already amassed followers on the Filipino app. In fact, the theater actress is now the top contender in Kumu’s The Boracay Experience promo, where content creators compete to earn the most number of diamonds (which have actual monetary value) from their livestreams for a chance to visit Boracay island with a surprise celebrity.

Denize recounts her breakthrough moment in the app.

“The best ‘aha’ moment I had in Kumu was when I streamed last March: I was browsing my viewers’ song requests during the livestream. They learned that March is my birth month, so they started sending gifts through the app,” she says.

This particular livestream skyrocketed her to the top spot for the Boracay promo. Her top fan and another follower who was new to Denize’s channel joined her livestream, and they kept sending her gifts throughout the episode. All of their gifts, as well as the ones from her regular viewers, amounted to some 1.6M diamonds – which is roughly equivalent to 32,000 pesos! Denize earned all that just from a single livestream on Kumu.

Aside from Denize, there are only two other livestreamers who were able to surpass the 1M diamond barrier for the duration of one livestream – famed magician Jeffrey Tam and college student Inna Morata. Each of them received around 1M diamonds from their viewers, which earned them more or less 20,000 pesos in just a matter of a few hours, all from the comfort of their own home.

A safe place. A platform we can call home.

Denize might be doing well now on her livestreams, however, it wasn’t the same for her when she first started at Kumu. “At first, I was actually nervous of my viewers’ reactions,” she said about the beginning of her digital career. Eventually, she managed to capture her viewers’ interests. It was through improving her content and making new friends within the community that she began to feel comfortable performing on her newfound stage.

“Just go for it!” she tells aspiring content creators who would like to venture into Kumu, which is now the fastest rising global Filipino online community where people go to showcase their talents to an appreciative and highly encouraging audience. Denize encourages artists like her to share their talents with other people via the social app. She believes that more than the sense of fulfillment they can get from entertaining viewers, they could also break their own barriers and connect with people who share the same passions, and maybe eventually earn income from gifts like she did. Denize adds, “Kumu is a safe space for us, a battlefield where we get to fight our insecurities, and a platform we can call home.”