It’s that wonderful time of the year when we give special attention to the most badass women in our lives. We’re, of course, talking about moms!

Yes, this month of May, we are dedicating the whole month to moms! With #kumuMOMents, we can guarantee there’s a show, stream or campaign your mom will adore. But also, did you know kumu has some amazing mom livestreamers as well? Talk about super-human, these ladies are not only balancing work, the home and raising a family; they are kumu livestreamers as well!

Follow some of these cool mommy livestreamers, and hear how they’re making it big in the app: 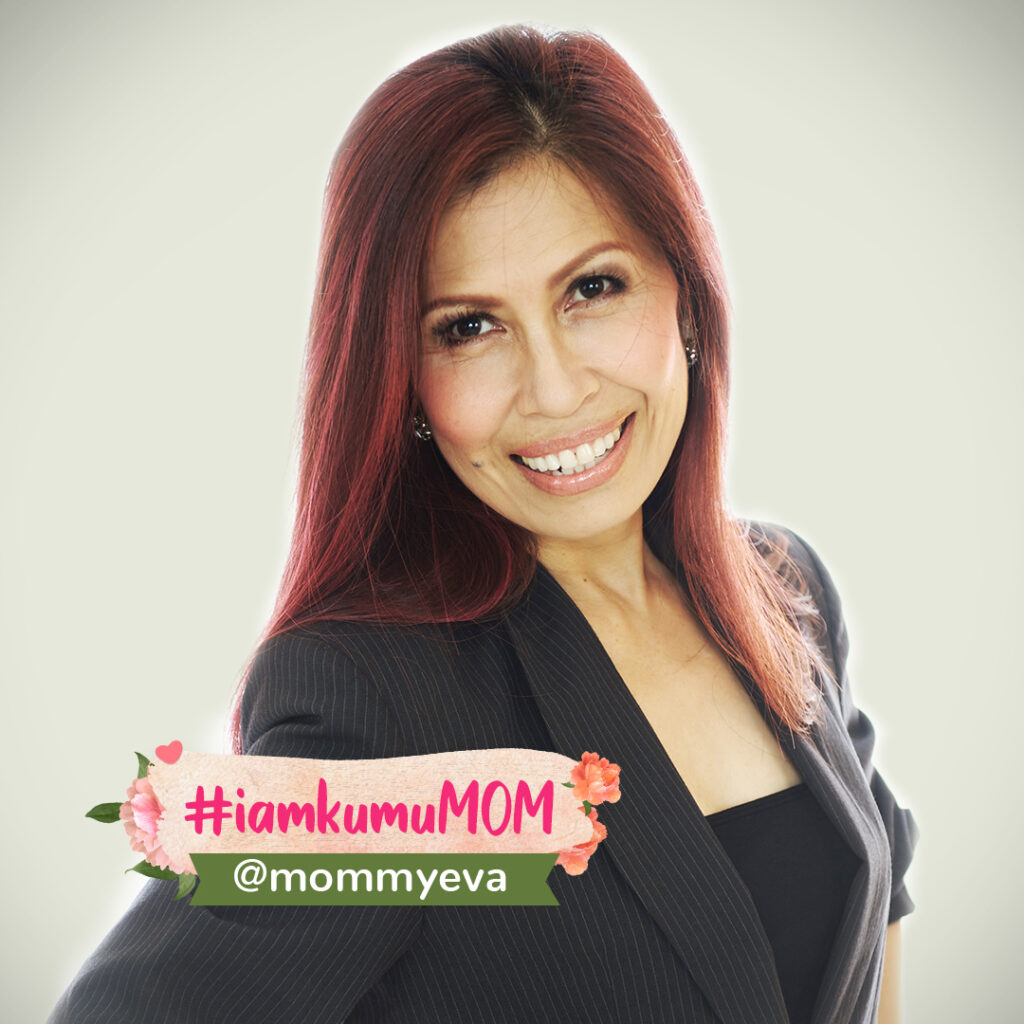 “Singing and performing has been my profession, even after my university years.”, shares Eva de los Santos, better known within the Kumunity as Mommy Eva. Although she describes herself as a homemaker, and co-owns a T-shirt printing business with her husband, Mommy Eva is truly an artist and performer at heart.

She shares, “As a mom, I brought up my children in an environment where there is always music involved in our daily lives. As they grew older, they showed interest in the performing arts, most specifically singing.” During the pandemic, it was her daughter Monique (also a singer!) who initially downloaded kumu to try livestreaming; after an exciting rise on the Explore page, Monique encouraged her mom to give it a go. “And I did! I have been livestreaming in kumu for 10 months now, and I am loving it!

To date, Mommy Eva along with 3 of her amazingly talented children Monique, James and Panakun are kumu livestestreamers, each with their own exciting channel. Now that’s a power-family! Fun, friendly and totally relatable, Mommy Eva has cemented herself within the Kumunity, and she’s got words of encouragement. “I believe kumu is for all mothers out there who have goals, and dreams of achieving more by working from home!”, she says, endorsing the platform’s safe space to showcase any talent. “[It’s] an opportunity for us mothers who want to spread love, joy and inspiration to homes and families all over the world!” 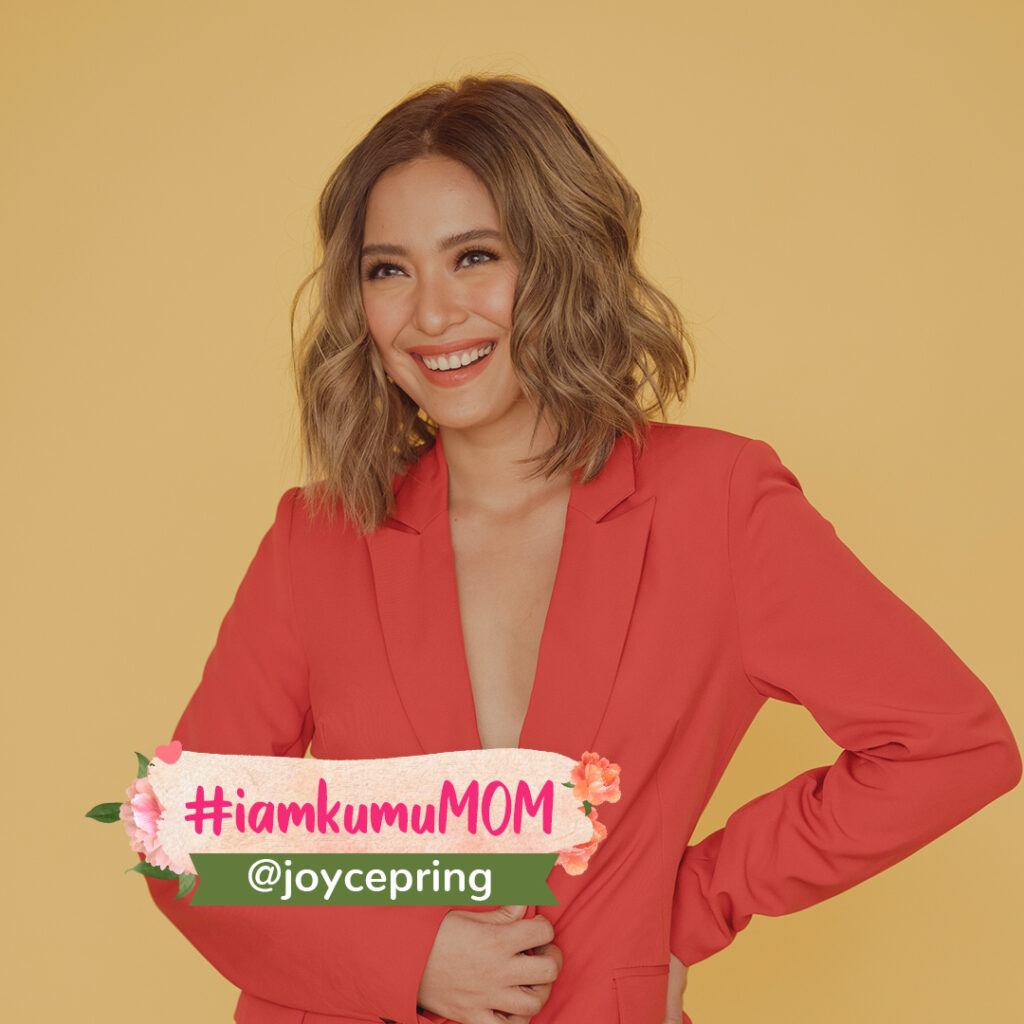 For soon-to-be mom, Joyce Pring’s year has been filled with new adventures; she’s expecting her first child, and she’s a new, rising star in the Kumunity. “My only expectation is that it’s going to be an entirely new season – one that I’ve never experienced before, and [I] have only seen friends and family go through [it].” says Joyce, who actually posted her gender-reveal party on social media last April. “I’m really nervous but I’m super excited to go on this adventure!”

A host and content-creator by profession, Joyce finds that kumu is basically where these 2 worlds combine. Her stream show “Early Night with Joyce Pring” inspires interesting commentary between herself and her Kumunity followers; she even highly encourages them to co-host her show.

“I think the biggest thing that made me regularly stream is the friendly Kumunity, and the good vibes from people who watch my stream,” says Joyce, who initially tried kumu at the recommendation of a friend.” It’s like socializing and making new friends, something that’s so rare especially because of the pandemic. I used to meet so many people on a daily basis, because of my TV show and events-hosting before, so being on kumu kind of mimics that human interaction for me, which I absolutely love.” 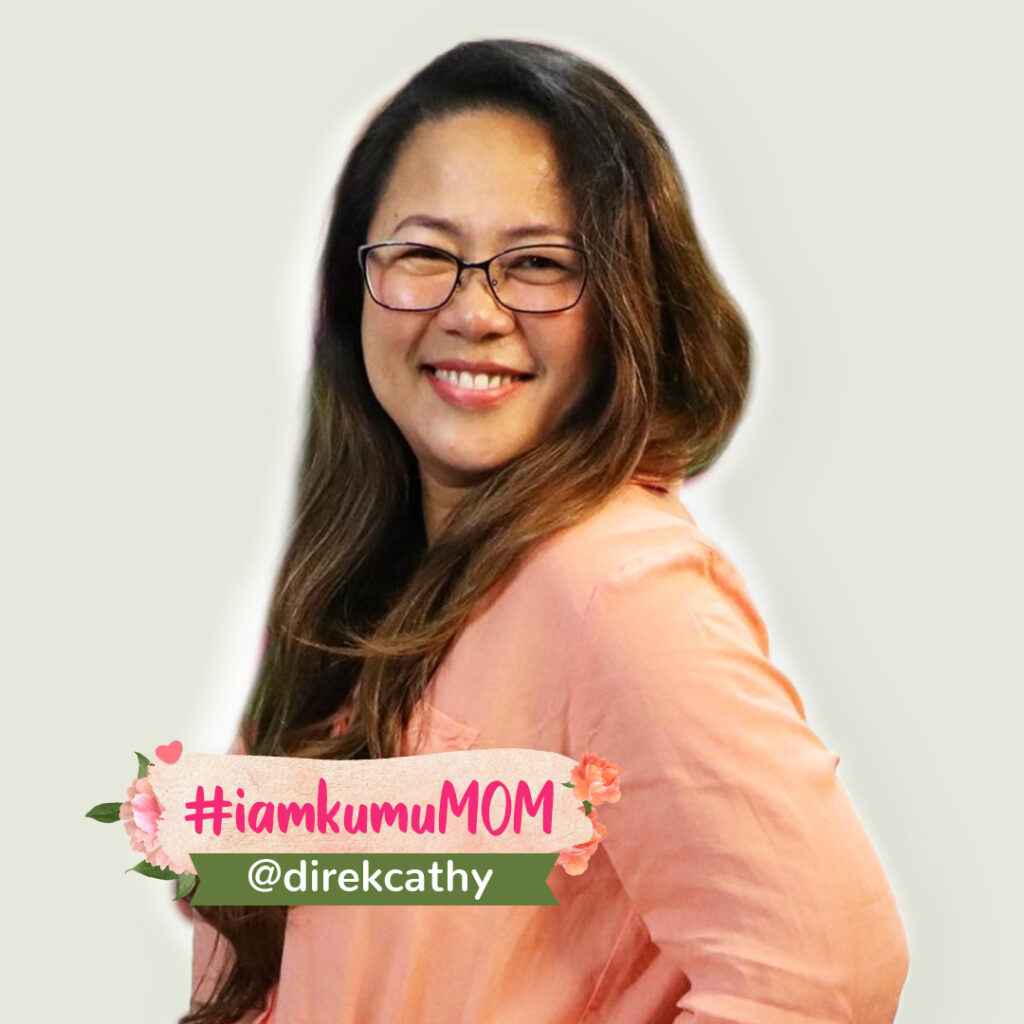 One of the most renowned film directors in the Philippines, Cathy Garcia-Molina–better known as “Direck Cathy”–is a cinema legend, and power-streamer on kumu. But more importantly, she is the supermom of two amazing teens. “Late na akong naging mommy. “, she says. “I had my first born (boy) when I was 33, and my second (girl) at 34. Fortunate to have a boy and a girl bago ako maging widow. Now they’re 14 and 15 [years of age]. I tried my very best to balance work (film & TV directing) and motherhood.”

She may be used to the traditional platforms of movie screens and television, but she’s definitely not afraid to try out the new wave of livestream entertainment. According to Direk Cathy, it was actually her celebrity friends Pooh the comedian, and Maja Salvador, who suggested she try kumu. She has since been actively streaming, and contributing to kumu’s Social TV, specifically her direction in Nickl Entertainment, an entertainment channel in kumu dedicated to Pinoy talents.

“kumu is a good way to inspire and entertain while earning!” says Direk Cathy with a laugh. “[You can] spend some of your free time streaming, mommy time &  me-time in one!” 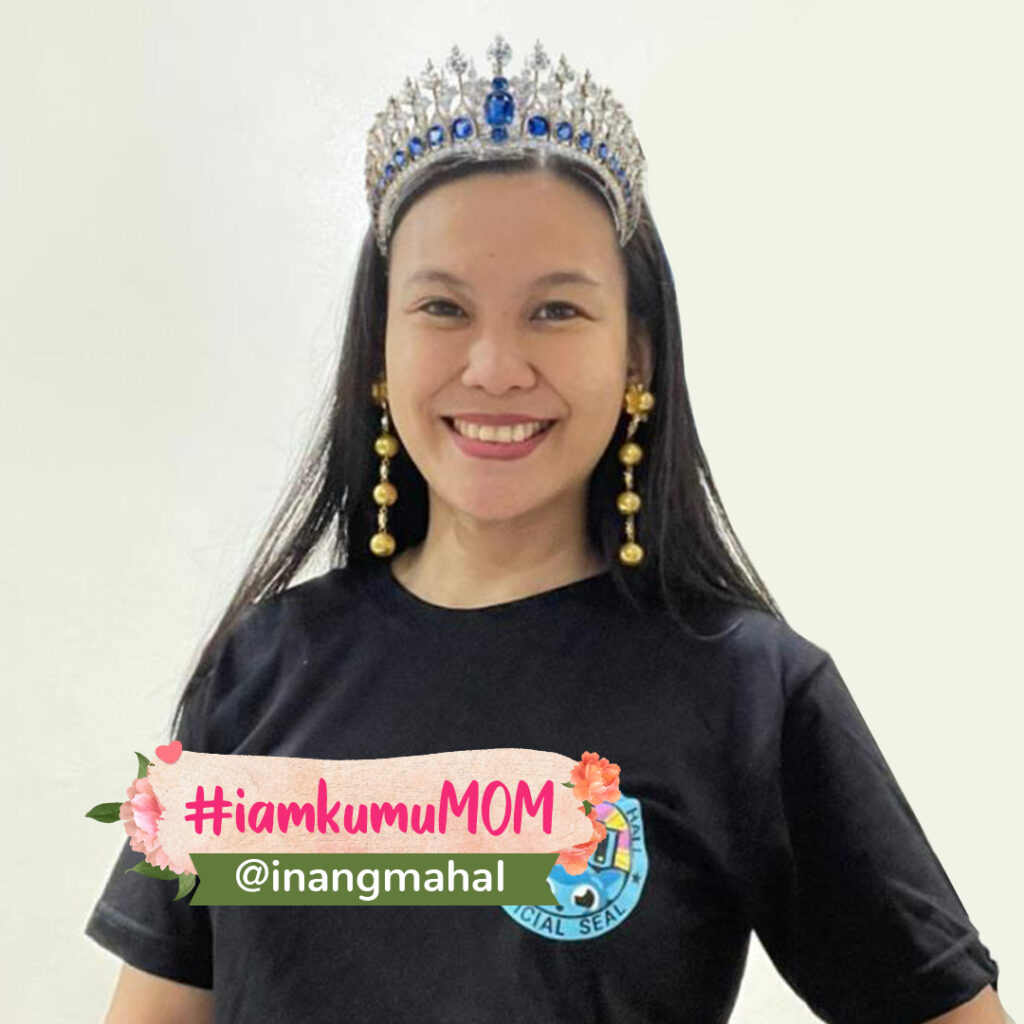 Another popular Kumunity mom, Denise De Jesus currently leads the kumu Official Teams, specializing in supporting and building its online presence. Her official team account is @teaminaofficial, which is where the bulk of her streaming sessions are held. While that in itself is an impressive achievement, it’s Denise’ motherhood story that is the real diamond.

“I thought I already know what unconditional love is but when I gave birth to my son, I realized what love truly means.” Denise shares. “I only have one child as of now. He just turned 7 this year.” Sadly, due to her son’s health complications, Denise had to quit her job and devote her time as a stay-at-home mom, caring for his needs and education. “Being able to protect and nurture [my son] has become my most important mission, like any other mom. But with the added sacrifice of leaving my dream job and my dream company.”

Once in a while though, Denise admits, she gets really, really bored… which is actually what led her to try kumu. Denise shares how her obsession with the gameshow ‘Quiz Mo Ko” (QMK) eventually became the gateway to fame in kumu. “Now, fast forward 2.5 years later, I was given the honor of leading the Kumu Official Teams via the Kumunity Council. I never imagined that the app I downloaded to cure my boredom will now be my source of income!” 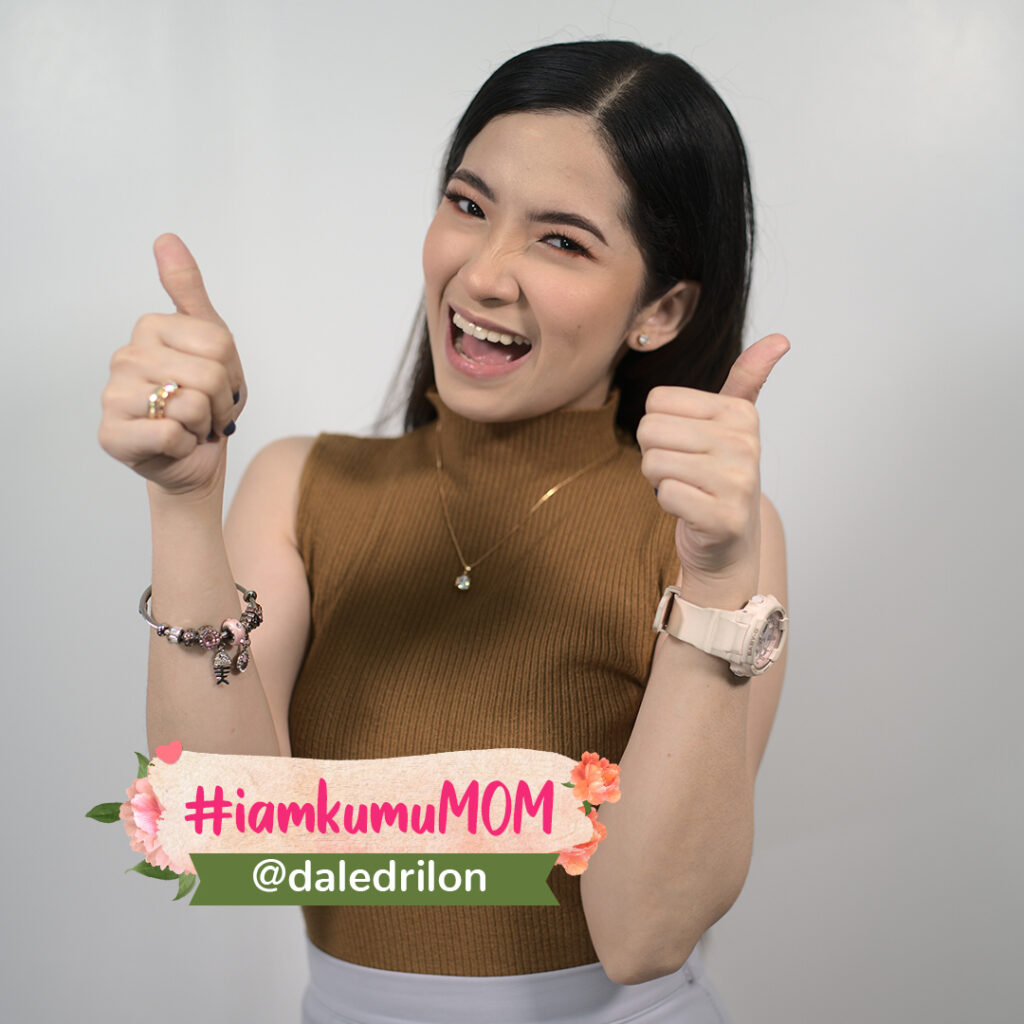 She’s stylish, bubbly and cool, Dale Drilon is often seen on Shopkumu, live-selling some amazing deals and shopping finds. Dale is arguably one of the earliest livestream content-creators, starting way back in 2017, before kumu was even founded. But, she put her streaming efforts on pause to focus on motherhood.

To help her get back on the livestreaming hustle, Dale’s sister recommended she try the new kumu app platform… and the rest is history. She remarks, “I found new family and friends in a very healthy environment. I fell in love [with kumu] real quick. Started in February of 2020, and since then I’ve been consistently streaming for over a year now.”

Dale’s livestreams in kumu are an astounding mix of everything, and the Kumunity can always expect her shows to have that special spark. From musical play streams to e-commerce selling, to gameshows, giveaways, mommy-tips and makeovers; then to business strategies and computer tech-tips. Dale can literally livestream about anything, and she highly recommends kumu as the ideal platform for all.

“[kumu] is a very healthy, profitable and passion-fulfilling app to recommend to a mom, or parent like me.” says Dale, emphasizing that, even with parenthood, a creative can still have passions and dreams to earn big online. Best of all, one can juggle them at home while doing “mom and wifey duties”. “This I can say, [kumu is] an all-in-one app, where you can do complete entertainment, build healthy relationships, [become] an online shopping buddy, and get a good source of income, [especially] if you treat it as a career to provide for the family.”

Isn’t it inspiring to read about these amazing women? It turns out, you can have a family, a good career and make it big on kumu! So, to all the amazing mommas out there: Happy Mother’s Month, with love from the Kumunity.