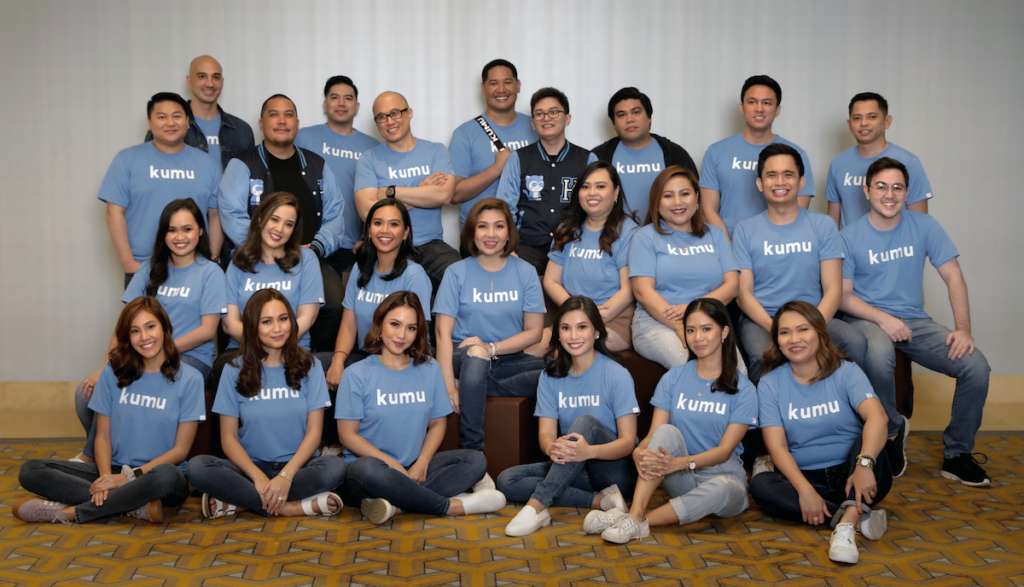 “Kumu is rapidly emerging as a leading digital content community and social platform in the Philippines, as well as for the global Filipino diaspora,” said Sandeep Naik, Managing Director and Head of India & Southeast Asia at General Atlantic.

“We believe an immense digital opportunity exists in the Philippines, a market that is hungry for content and ripe for disruption, with Kumu’s innovative live-streaming offering paving the way for the company’s continued growth as a broader online media platform. We are thrilled to partner with Roland, Rexy and the driven team at Kumu as they focus on empowering creators and transforming the Filipino digital ecosystem.”

Supporting the creator economy and shaping the future of content

Kumu was launched in 2018 as a live streaming app, and has since amassed a base of over 10 million registered users and counting from over 55 countries. In that time, it has ranked as the #1 top grossing social app in the Philippines and top 10 in multiple markets including Canada, Australia, Hong Kong, and Singapore. Its business model is driven by tools like virtual gifting, advertising, and e-commerce, which allow content creators to convert engagement into income.

“The first generation of social media was defined by passive engagement, where the platform wins through advertising, but all except the top 1% of creators struggle to earn a living,” said Rexy Dorado, president and co-founder of Kumu. “We are early movers in this movement towards a genuine creator economy where anyone can earn a sustainable income from just a hundred true fans each.”

Kumu invests in experiences that enable audiences to engage more fully with the premium content that they love – while forming direct and authentic connections along the way – in ways they never could before. The company has co-produced the last two seasons of the hit TV show Pinoy Big Brother, and through Kumu, users are able to win a spot as a housemate, vote to evict or save their favorite contestants, and influence what happens inside the house in real time. Kumu has also teamed up with the top-grossing Filipino film director Cathy Garcia-Molina to produce a movie in which Kumu users can earn a spot as a co-star or as part of the film’s soundtrack.

“We are excited to put this new capital to work by investing not only in the best Filipino content, but beyond that, making Kumu the home for groundbreaking, innovative content formats that blur the line between content consumption and content creation,” said Dorado.

“We are less than one percent of the way to our goal,” said Roland Ros, Kumu’s founder and CEO. “Our team is thrilled to take on the challenge of creating a consumer internet champion in the Philippines. Billions of dollars are being spent on internet infrastructure, and you have a market of over 100 million people with a median age that is GenZ and Millennial, with affordable, 4G-capable smartphones. That together is a perfect playground for us to build a social platform at global scale that is founded upon deep engagement and positivity.”

The company has seen early signals of product-market fit beyond the Philippines, with non-Filipinos in the U.S. and Europe gravitating to its unique brand of community engagement. Kumu has been recognized globally as a “Disneyland of social media” enforcing authenticity, positivity, and safety through its community-driven content moderation system.

In 2020, Kumu raised a Series A led by Openspace Ventures, the Singapore-based regional venture capital firm that led the Series A in Gojek. “As a regional fund, Openspace has always recognised the Philippines’ potential to become a vibrant startup market in Southeast Asia. This belief, combined with our proprietary data, gave us the confidence to make an early investment in Kumu – and to double down now with capital from our mid-stage growth fund OSV+. In addition, our operations and tech team will continue to work closely with the team to support their impressive growth and journey to becoming a truly participatory social network  – and what’s most exciting is that the best is yet to come for Kumu, as they find new ways to champion Filipino culture and creativity across the world,” says Hian Goh, Co-Founder and Partner at Openspace.

Earlier this year, the company announced its Series B co-led by Susquehanna International Group (SIG), an early investor in Bytedance as well as Middle East audio streaming app Yalla and real-time engagement platform Agora. “Kumu has built one of the hardest things to build on the internet, a safe space. One thing that we always look for in content companies is unique platform positioning. As a safe space on the internet and a focus on Filipino culture, Kumu has emerged as the leading platform for both organic and professional content creators, users seeking genuine connection, and partners looking to create novel experiences to access and engage audiences. Kumu is just at the beginning of an exciting journey!” shares Akshay Bajaj, founding member of SIG Southeast Asia.

This raise comes at a unique period in time for the Philippine startup ecosystem. Kumu was among the first batch of Filipino startups to raise a Series B in 2021, and its Series C is the first of its kind to be announced in the country. The transaction brings Kumu’s total funding to over US$100m.

Kumu believes that the Philippines is at a tipping point: structural and behavioral changes have led to internet and social media penetration increasing by almost 10% yearly. Filipinos, staying true to their country’s reputation that has been described as “the social media capital of the world,” spend at least 10 hours of their days online and dedicate at least 4 of those to social media alone. Kumu is uniquely positioned to channel this energy: members of its official communities spend as much as 60-80 hours a week on the platform, and over half of all views and transactions in the platform happen between users who mutually follow one another.

“At Kumu, we seek to acquire a larger share of users’ mindshare and make even a couple of those hours spent online as delightful as possible for content creators and consumers alike,” says Dana De La Vega, Kumu’s VP of Strategic Management.

The company also plans to continue investing in experienced talent to lead the charge towards its ambitions. “I’m honored to join Kumu and take on its mission of building the largest participatory social network in the world,” said Crystal Widjaja, Gojek’s former head of growth, when she joined Kumu as its Chief Product Officer earlier this year. “For us, the ultimate goal is to be there and provide authentic connections when you’re bored, lonely, or feel disconnected. I’m thrilled and inspired to see how we become a larger part of the world’s everyday life, and the friendships we make along the way.” 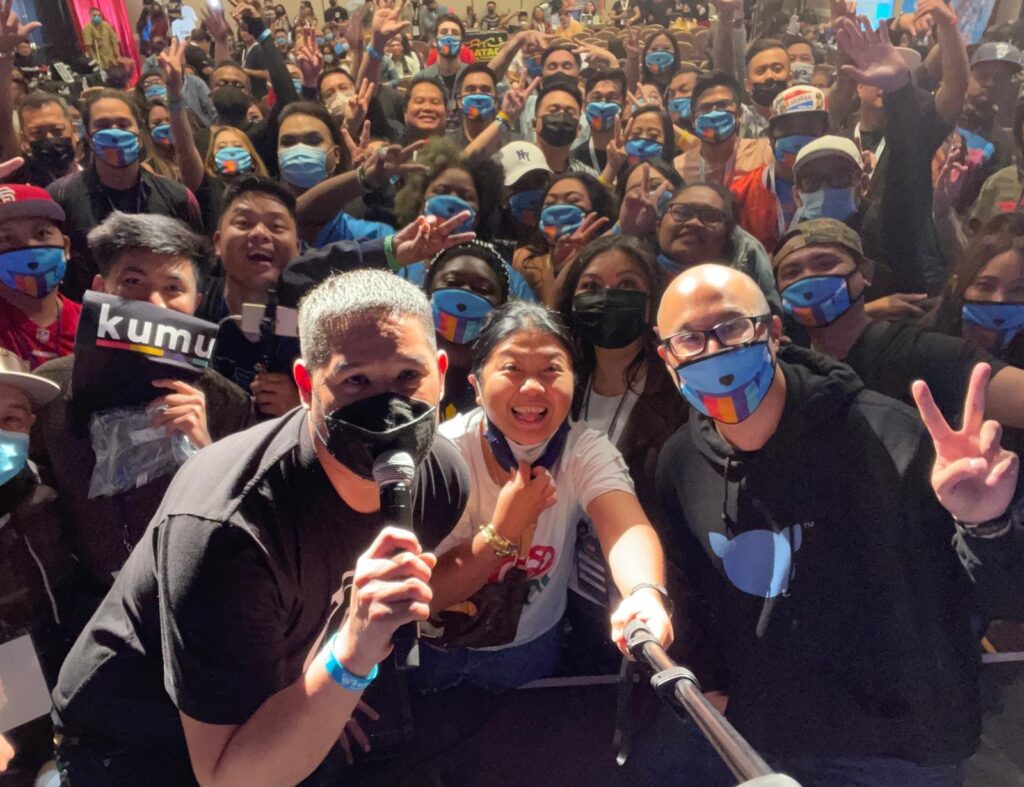 kumu is a powerful social media platform that brings the voices of Filipinos from all over the globe at the forefront. Aside from presenting users with real-time earning opportunities as a live streamer, chances to win cash in various game shows, and engagement in campaigns, kumu also fosters communities that ignite relevant discussions among Filipinos. According to mobile- app performance company App Annie, kumu is not only the first Filipino app to be the #1 top grossing social app in the Philippines, but one of the highest grossing social apps in the world, ranking top 10 in multiple markets including Canada, Australia, Middle East, Europe, Hong Kong, and Singapore app stores. www.kumu.ph

General Atlantic is a leading global growth equity firm with more than four decades of experience providing capital and strategic support for over 400 growth companies throughout its history. Established in 1980 to partner with visionary entrepreneurs and deliver lasting impact, the firm combines a collaborative global approach, sector specific expertise, a long-term investment horizon and a deep understanding of growth drivers to partner with great entrepreneurs and management teams to scale innovative businesses around the world. General Atlantic currently has over $78 billion in assets under management inclusive of all products as of June 30, 2021, and more than 175 investment professionals based in New York, Amsterdam, Beijing, Hong Kong, Jakarta, London, Mexico City, Mumbai, Munich, Palo Alto, São Paulo, Shanghai, Singapore and Stamford. For more information on General Atlantic, please visit the website: www.generalatlantic.com.

SIG is a global quantitative trading and investment firm founded in 1987 with an entrepreneurial mindset and a rigorous analytical approach to decision making. SIG is headquartered in Bala Cynwyd, Pennsylvania USA and has operations across North America, Europe and Asia-Pacific. SIG began investing in Asia venture capital in 2005 with an initial focus on China before expanding to South East Asia, Japan and India.  SIG invests across the continuum of the venture capital life-cycle, from early to late stage and in a variety of industry sectors.  SIG SE Asia is particularly focused on the adaption of business models across countries and regions, and makes extensive use of its employees and portfolio companies to provide insights and assistance to founders.  Over the last 15 years, SIG has invested in over 350 companies, deployed over US$3.5b in capital, and achieved IPO/M&A exits in over 70 companies in Asia. Some of the notable companies SIG has invested in include Bytedance, Agora, ClassIn, Mobile Premier League, Musical.ly, Palfish, Ximalaya, Yalla, Yitiao, Yunxuetang, Zilingo, Zuiyou. www.sig-asiavc.com

Openspace provides venture capital funding to back companies in Southeast Asia creating a transformative impact where tech meets life. By focusing on the fundamentals and with a wide-scale operations team, its 30+ professionals  actively partner with its 39 portfolio companies to help build viable and responsible B2B and B2C businesses. This includes GoTo (Gojek), Finnomena, Pluang, Biofourmis and Halodoc. Openspace now has 4 funds with over $550M under management, supported by global and regional institutional investors. It is headquartered in Singapore, with active offices in Jakarta, Bangkok, Manila, and Ho Chi Minh City. www.openspace.vc