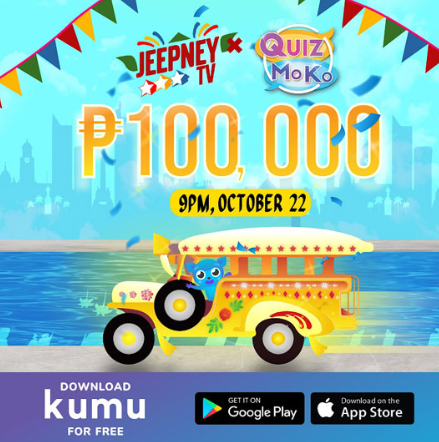 Considered as the fastest-growing social network in the Philippines, KUMU is set to livestream Quiz Mo Ko episodes each week with trivia questions centered around the various Jeepney TV shows currently on air. KUMU users are encouraged to brush up on their classic ABS-CBN favorites from sitcoms to dramas, to timeless movies for a chance to win P20,000 in the weekly games every Tuesday at 9PM.