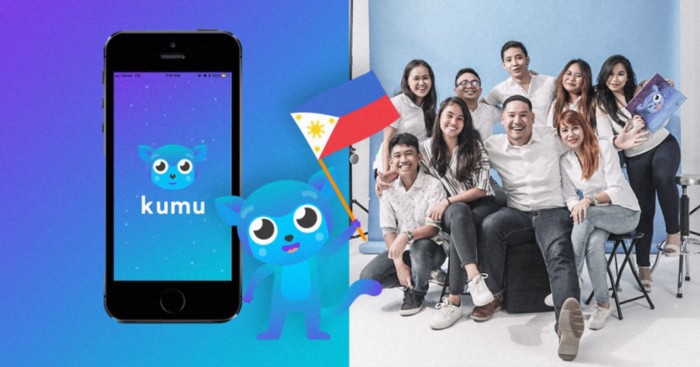 MANILA, PHILIPPINES — Most military men are disciplined and driven to success, People look up to these dedicated individuals who personify community leadership and strategic troubleshooting. All these positives and more are what can also be said about KUMU partner James Rumohr, a seven-year military police officer of the United States Air Force (USAF) who now busies himself these days as the chief of staff and head of Kumunity for the mobile app.

A solider and everyday hero

James’s service in the USAF has equipped him of the necessary tools to hold various top management roles in his storied career. Testament to that is his Air Force Achievement and Air Force Commendation medals for his operational leadership skills.

But the trait that most of his colleagues instantly detect in James is his innate passion for people and KUMUnity. He has worked in various California public school districts and in non-profit organizations for a good ten years as a senior program manager, a teacher, and dean of students, while also serving as a sports coach to the disadvantaged youth of Northern California.

This year, James has shifted his passion online and puts on his everyday hero hat and study what KUMU users need to blossom into a “Kumunity” of storytellers and content creators that can inspire more people all over the world. “Fostering good Kumunity support begins with listening to the stories of our user community and acknowledging their unique experiences,” he explains. “Encouraging the Kumunity to be their authentic selves eliminates false narratives and allows support towards each other on a more personal level,” he adds.

A safe space for every Filipino online

James’s vision for these Kumunities is to create a transparent culture of support and genuine care among users which has now been quite evident to many since the mobile app’s launch in August 2018. “Creating a positive Kumunity culture starts with a committed intention to provide users a positive, safe, and welcoming environment,” he shares emphasizing how KUMU has become the number one platform for Filipinos all over the world because it places importance on how many of its users voice out their ideas, interests, beliefs, and views.

“We encourarge our Kumunity to support each other in everything they do via the app,” says James. This strategic outlook has led KUMU to be the premier social media app for Filipinos who are looking for a positive and welcoming culture both on and offline.

For James, there are mainly three things to build an online positive community.

By cultivating and activating user groups to offer their mutual support, Kumunizens experience a spirit of camaraderie and belongingness.

By offering online activities that are accessible and available for all user groups, the platform fosters a culture of inclusivity — a safe space for users to be who they want to be and be accepted into a community of like-minded people. KUMU somehow helps in breaking the barriers and fears that seclude some users into online anonymity and out into a welcoming platform where they can be themselves.

KUMU ensures that users’ voices are heard in decision-making for their events.

With James’s expertise, KUMU remains successful in allowing users to break bread with peers on a broader scale via the app, and establish a Kumunity that keeps on getting stronger. It’s not that hard to expect how it may be just a matter of time when more Filipinos from all over the world go online via KUMU, create bigger Kumunities, and get the strength in numbers that can someday make impactful social differences whether at scale or globally. And all salute will go to none other than James.

James Rumohr is a husband, father and military veteran. Dedicated seven years with the United States Air Force as a military police officer, while serving he was awarded an Air Force Achievement Medal and Air Force Commendation Medal for his operational leadership skills. Obtained his Bachelors Degree in Political Science at California State East Bay and later acquired his Masters of Education at University of San Francisco. He held various leadership roles in California public school districts and education non-profit organizations. For over eleven years, James dedicated his life to support students from disadvantaged backgrounds as a sports coach, high school teacher, and administrator in Northern California. After leaving the education sector to pursue a new mission with Kumu, James found that his past experiences has prepared him to help lead a loyal and active user community in Kumu, appropriately nicknamed the “KUMUnity”.