Hot Stuff: All The Reasons Why You Shouldn’t Miss Out On Social App KUMU 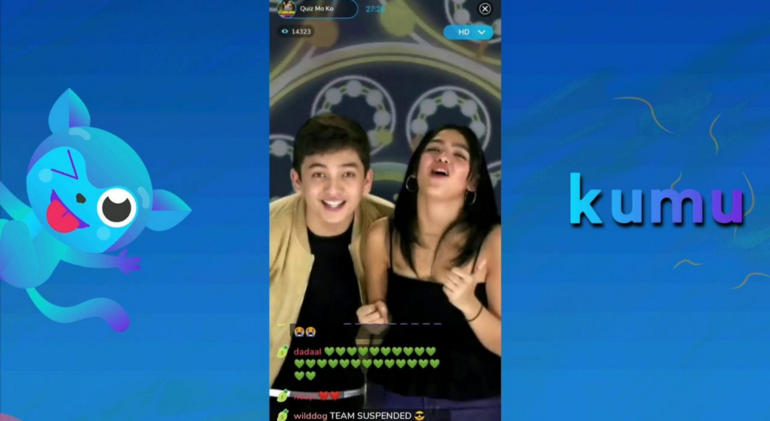 The country’s fastest-growing social app KUMU recently partnered with media giant ABS-CBN for its Php 1 Million show Quiz Mo Ko which features some of the network’s brightest stars as hosts of the game show, while users vie for a chance to win instant cash prizes.

Kapamilya stars who have served as Quizmasters this September for Quiz Mo Ko include Joshua Garcia of The Killer Bride, Arjo Atayde of The Generals Daughter, Denise Laurel of FPJ’s Ang Probinsyano, and Andrea Brillantes and Seth Fedellin of Kadenang Ginto.

The partnership further bolsters KUMU’s numbers since it exceeded the one-millionth download mark in August after it launch early last year. Since then, both ABS-CBN and KUMU have enjoyed more social media engagement from its respective followers online. With more Kapamilya stars slated to guest on the interactive game show in the coming months, KUMU and ABS-CBN expect even higher figures for hits and downloads from netizens who are drawn to the genuine Pinoy novelties of the app.

KUMU’s successful campaigns are also earning raves from more Pinoys around the world who are leaving numerous positive reviews for the livestreaming and game show app. By letting users create their original live content and giving them chances to earn diamonds which are convertible to cash, the mobile app not only continues to establish its mark in Filipino KUMUnities globally but has also allowed its campaign partners to extend a wider reach abroad.

The ABS-CBN network likewise recognizes these social media achievements and opportunities for their own stars who have also gained more following through their appearances on the app.

Quiz Mo Ko is KUMU’s flagship interactive game show streamed live every Monday to Wednesday at 9:00PM. The game is comprised of ten questions that are categorized into easy, moderate, and difficult. KUMU users must then answer all ten questions to win prizes as the jackpot increases in every episode where no one is declared a winner. Game contestants have the chance to win cash prizes ranging from Php10,000 to up to Php1 million if they are able to get ten correct answers within a game round.

Download KUMU now for free at Google Play and the App Store and get the chance to win Php1 million on the next Quiz Mo Ko round!