Globe Connects With The Kumunity: The Power Of Brand Takeovers In kumu

The year 2020 has proved to be a fast-paced, digital-leading year for all of us. While some prefer to stick to their guns, others prefer to experiment new avenues of business, such was the case for Globe telecom and kumu, whose months-long brand partnership revealed the exciting potentials of livestreaming.

From November 2020 to February 2021, Globe and kumu organized 3 major brand campaigns, each encompassing app-wide executions and exciting livestream sessions. The duo’s overall objective was to raise awareness of Globe’s new deals and promos (especially to support the Filipinos’ connectivity needs during the pandemic), in a matter that was uniquely fun within the Kumunity. And by “fun”, we mean high-engagement, visibility and gift-giving within the app in an effort to raise brand awareness for partnered companies, the shows and the livestream talents.

The 3 major brand campaigns were as follows: Globe “Keep The Game Going”, followed by Globe #ChristmasWeLove, and Globe At Home Prepaid Wifi. 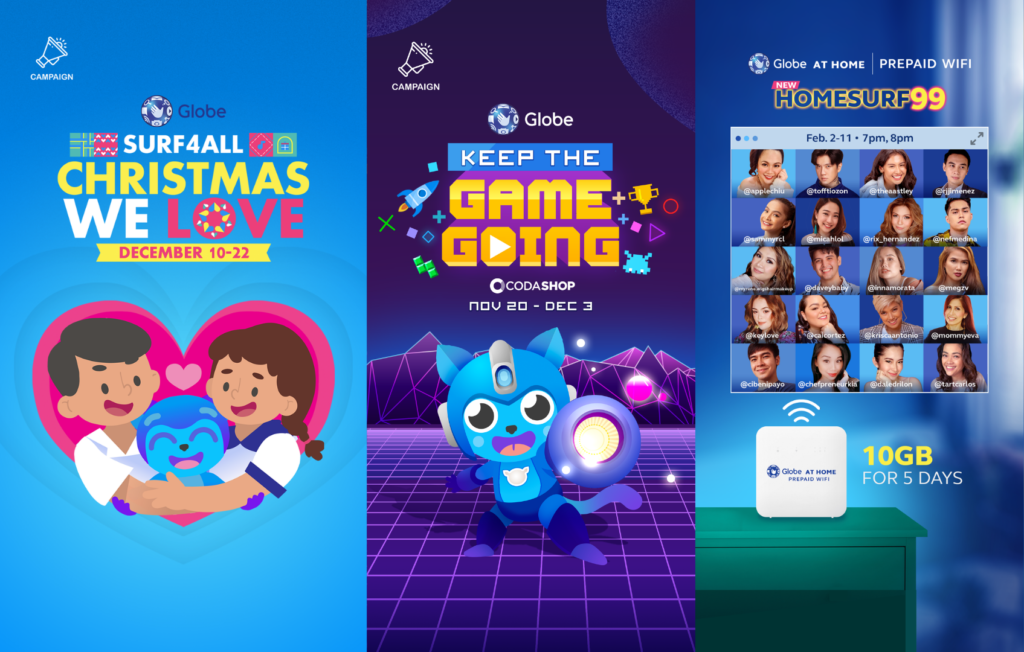 Despite shifts in themes and promotions between the brand campaigns, Globe’s in-app executions and strategies remained content-driven, utilizing multiple brand-takeovers of shows, games, and livestreamer marketing. These executions are in addition to in-app static promotions, such as pop-up placements, banners, and splash screens. 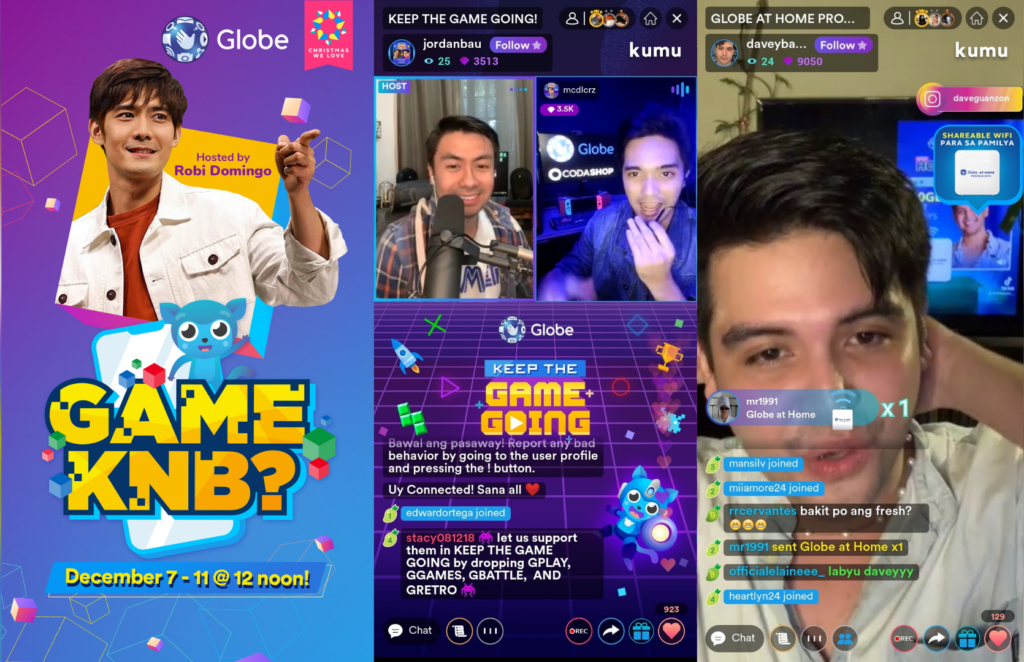 For this brand partnership, it was imperative that Kumunity engagement became the priority in desired actions. As such, virtual gifts proved to be a very popular strategy in these executions, and each campaign period had its unique set of Globe-themed virtual gifts.

The partnership between Globe and kumu has been a real testament to how businesses can truly “play around” with livestream, a content-driven platform; and the Kumunity has proven to be receptive to brand features. As kumu continues to grow and expand in the coming year, it would be fascinating to see what other promotional strategies can be added on for brand partnerships, especially to accommodate such a scale as Globe’s major campaigns—if not bigger.

You can also follow @kumuph on Instagram, Facebook and Twitter to keep up to date with all the latest events, and surprises from your favorite Pinoy livestreaming platform. If you want to read more about the world of kumu, check out the kumu blog for more inspiring perspectives, the latest Kummunity news and updates.