“Game KNB?” On kumu Gets Simultaneous Broadcast On Livestream and Television 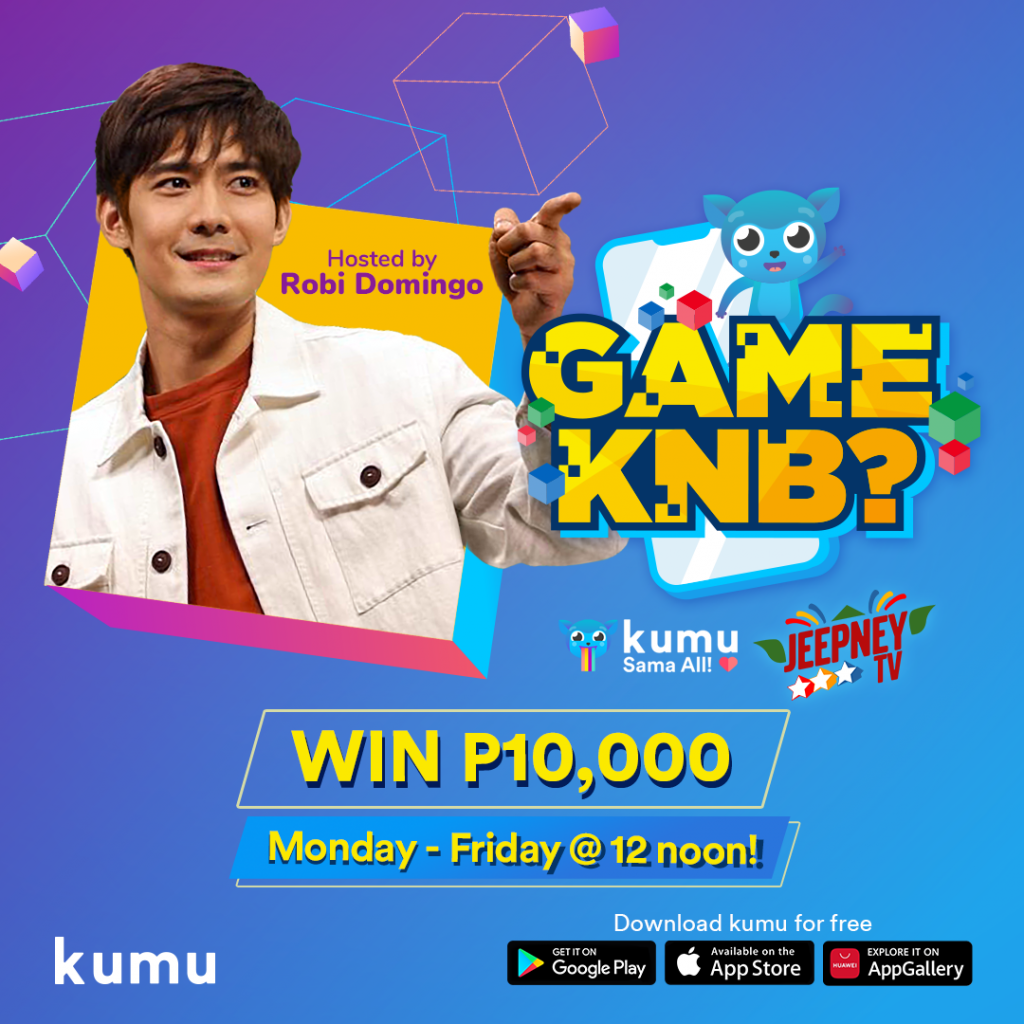 On November 30th, the game show “Game KNB?” on kumu was confirmed for broadcasting at The Filipino Channel (TFC), making it one of the first game shows to be simultaneously aired on mobile livestream and international television. The live stream game show, which has been adapted from the original “Game KNB?” in the early 2000’s, had joined kumu’s partner shows program, and has since proved to be as popular as ever.

“Game KNB?”, hosted by Robi Domingo, currently airs on Jeepney TV. As of today, this ABS-CBN program will now also be aired on TFC cable and satellite television, as well as TFC IPTV. The following time slots are set for these territories:

The TFC airing of “Game KNB?” will be simultaneous with its stream on the kumu app, where viewers can easily join as contestants. Although the game show has had a digital revamp, there are still familiar mechanics to the fun. As in the original format, the game narrows down a wide pool of participants through an elimination round; then the semifinal round, until a lone hopeful proceeds to answer the jackpot question.

So, are you ready to test your wits at this game show? Get on kumu now to play “Game KNB?” for a chance to win up to 10,000 PHP! Stay up to date with all things kumu by following @kumuph on Instagram, Facebook and Twitter, or by checking out the latest news on the kumu blog. Ano, game ka na ba? Mag-kumu na!