“Coming Tune”: Let your voice be heard in ‘Love at First Stream’ movie

Ever dreamed of hearing your song in a movie? This is your shot. Star Cinema and kumu have released yet another, new campaign for Kumunity talents to become part the upcoming collaboration movie, ‘Love at First Stream.’ The “Coming Tune” kumu Campaign is now open for streamers who want their voice to be heard, and to record a song in the official soundtrack of the upcoming Cathy Garcia-Molina film. Running from August 5 to 14, 2021, “Coming Tune!” is open to all kumu users 18 years old and above. 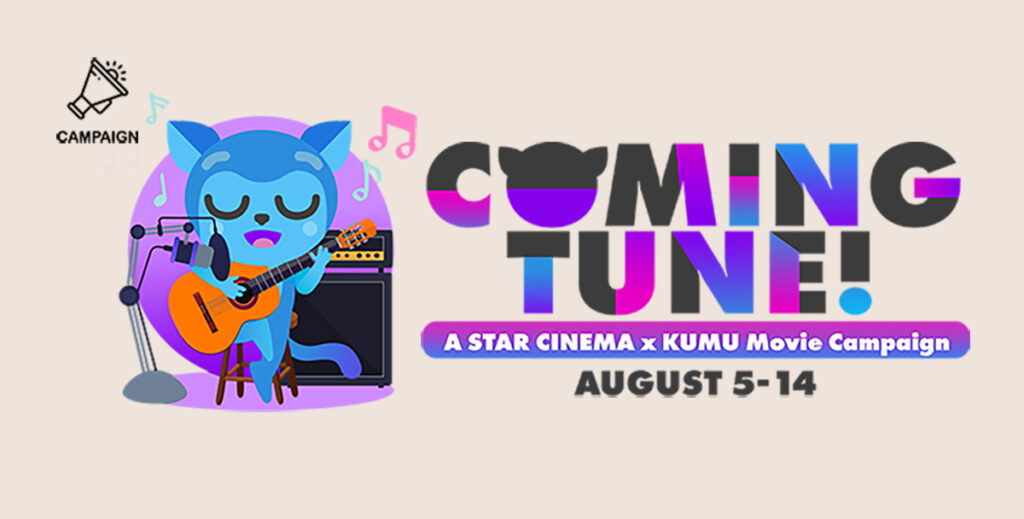 As an official kumu Campaign, “Coming Tune” follows standard campaign mechanics, wherein streamers must collect specific virtual gifts assigned to the campaign. This campaign’s official virtual gifts are “Melody,” “Mic,” “Rhythm,” and “Singer.” Only the diamonds collected from these virtual gifts will be counted in the official leaderboard.

At the end of the campaign period, the streamers with the highest diamond count wins the tier prizes. It is also important to note that all interested contestants must sign the official Consent Form, located in the campaign’s “How To Join” tab.

‘Love at First Stream’ stars today’s rising love teams such as KaoRhys—comprises of Kaori Oinuma and Rhys Miguel—and DanThony—comprises of Daniela Stranner and Anthony Jennings. It will revolve about the new normal, where life is wildly digital. A streamer, a student, a breadwinner and a heartthrob explore love, friendships online to escape their realities online.

The “Coming Tune” campaign is the fourth kumu Campaign released in support of the “Love At First Stream” movie. Past campaigns have been met with much buzz and excitement, as the Kumunity comes together to bring in their best talents, to give the movie an authentic, kumufied feel. Confirmed campaign winners who will be featured in the movie include Pinoy Big Brother (PBB) alums Amanda Zamora and Chico Alicaya—knows as the ‘Chimanda’ love team. Plus, it has been confirmed that another PBB alum, Quincy Villanueva, won the campaign to star as the character Issa in the movie.

The “ Coming Tune” kumu Campaign is officially open from August 5 to 14, 2021. More details can be found in the campaign’s in-app page. Follow the official Star Cinema account (@starcinema) in the app to get more “Love At First Stream” content and updates. Also, be sure to subscribe to all our social media channels for all the latest updates. Follow @kumu.ph on Instagram, Facebook, and Twitter now. You can also check out the kumu blog for all the latest happenings in the Kumunity.